In collaboration with Sydney Insight Meditators and the Melbourne Zen Group, The Contemplary is delighted to be bringing David Loy to Australia in 2019. David is a professor, writer, and Zen teacher in the Sanbo Zen tradition of Japanese Zen Buddhism. His main research interest is the dialogue between Buddhism and modernity, especially the social implications of Buddhist teachings. David’s work has been seminal in bringing Buddhist insight to the analysis and interpretation of societal and institutional dynamics. He has articulated the idea of institutionalised greed, hatred and delusion and has helped develop a modern Buddhist engagement with our collective contemporary suffering.

David is a prolific author, whose essays and books have been translated into many languages. His articles appear regularly in the pages of major journals such as Tikkun and Buddhist magazines including Tricycle, Turning Wheel and Buddhadharma. Many of his writings, as well as audio and video talks and interviews, are available on his website. He is also on the advisory boards of Buddhist Global Relief, the Clear View Project, Zen Peacemakers, and the Ernest Becker Foundation.

David will be in Melbourne to deliver a free public talk and two one-day workshops. If you would like to find out more about the public talk and register you can do so here. Details of the workshops appear below:

Nonduality is a common theme in spiritual teaching, but it refers to many different things: the non-duality of dualistic concepts, form and emptiness, samsara and nirvana, practice and enlightenment, subject and object, etc. The workshop will discuss these different types of nonduality and why they are so important to the spiritual path. The main focus will be on the nonduality of self and other, since the sense of self is a psychological and social construct that needs to be deconstructed and reconstructed, because the delusion of a separate self is the source of our most problematic dukkha “suffering.” We don’t need to attain anything or go anywhere else, just realise the true nature of this world (including ourselves) here and now—which opens up a transformative way of experiencing and living on this earth.

A New Buddhist Path: Enlightenment, Evolution and Ethics in the Modern World

Can Buddhism help us understand and respond to the ecological crisis? Building on Friday’s Talk there will be a particular focus in this workshop on how a modern Buddhist path could shape our relationship to the environment that sustains us.

Today, as Buddhism spreads in the modern world, it is encountering its greatest challenge ever: the most successful civilization in human history, whose powerful technologies and formidable institutions offer apparently limitless possibilities along with unprecedented perils. The worldview and values of modernity are quite different from what Buddhism offers — and they also appear increasingly problematic, due to deeply-rooted ecological, economic, and social crises that modernity has created but seems unable to resolve. Our predicament calls for new perspectives that question many of modernity’s priorities and presuppositions. But it also raises questions about how we understand and practice Buddhism.

Does the Buddhist path enable us to transcend this world, or is it a program of psychological growth and healing? Or is it something else altogether? How can scientific world views be reconciled with traditional Buddhist teachings? What does that conversation reveal about our role in the cosmos? Exploring unexpected intersections between Buddhism and modernity can uncover a new way of understanding the Buddhist path – one that is faithful to the important traditions of Buddhism but also compatible with the contemporary world.

Following the Buddhist tradition of ‘Dana’, David does not charge a fee but offers these teachings freely providing the opportunity for those who benefit to in turn respond with generosity and make a gift that will contribute to his livelihood.  The following fees are charged by The Contemplary to manage the costs associated with bringing an international speaker to Melbourne, venue hire and our overheads.

Members of The Contemplary can get a 10% discount by entering the word “member” in the discount code section.

These workshop are self catering.  The venue is surrounded by good cafes and restaurants.  Alternatively bring your own drinks, snacks and lunch.  We have access to boiling hot and cold water in the adjacent kitchen.

David Loy is a professor, writer, and Zen teacher in the Sanbo Zen tradition of Japanese Zen Buddhism. He is a prolific author, whose essays and books have been translated into many languages. His articles appear regularly in the pages of major journals. David lectures nationally and internationally on various topics, focusing primarily on the encounter between Buddhism and modernity: what each can learn from the other. He is especially concerned about social and ecological issues. David Loy is a professor of Buddhist and comparative philosophy.  He is also one of the founding members of the new Rocky Mountain Ecodharma Retreat Center, near Boulder, Colorado.

You may find the following publications of interest. They are available from Wisdom Publications. We hope to have copies for sale at David’s events: 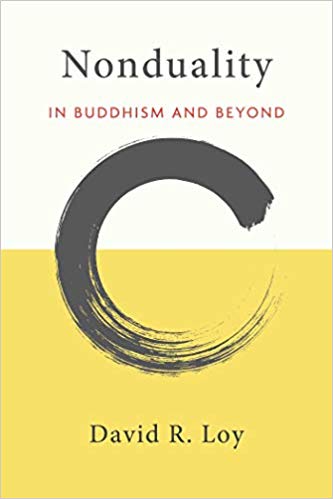 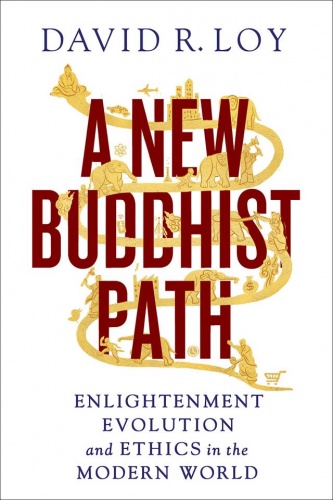 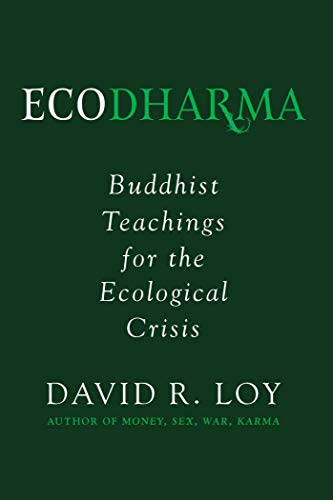