A Fundraising Raffle for the Centre for Contemplative Research

Win a beautifully framed painting by the Contemplative Artist Alma Ayon and support the building of the Centre for Contemplative Research envisaged by B. Alan Wallace and currently in development in Tuscany, Italy.

The Australian Contemplative Observatory and The Contemplary are offering an opportunity for our local Australian community of contemplatives and supporters to make a donation to the Centre for Contemplative Research (envisaged by B. Alan Wallace) and acquire an original painting by the Contemplative artist Alma Ayon (kindly donated by Alma for this purpose).

Dr Wallace has been coming to Australia annually for nearly two decades teaching contemplative techniques and perspectives that have significantly enriched the practice of countless meditators.   This is an opportunity for those of us who have benefited and those who are inspired by this vision, to help Alan establish a centre for long term contemplative training and accomplishment, accessible to research scientists who wish to build a foundation of scientific understanding about the impact of such training.

Please do read about the project below and buy a raffle ticket.  If you buy more than one ticket your name will go in the draw multiple times.  Tickets will be available for purchase online until 11.55pm, Sunday 11th November.  Tickets can also be purchased at the Alan Wallace retreat from the ‘book and art table’ where the painting will be on display and at the ‘Fathoming the Mind‘ event – a public conversation with Alan Wallace about the Centre for Contemplative Research (CCR) event.  We wont be sending the painting overseas, so please only buy a ticket if you are in Australia.  The winning ticket will be drawn on November 12 at the ‘Fathoming the Mind’ event.

The Painting is titled “Introspection” and framed, measures approximately 1 meter wide and 82 centre meters high.   The painting as framed would normally sell at over $500. 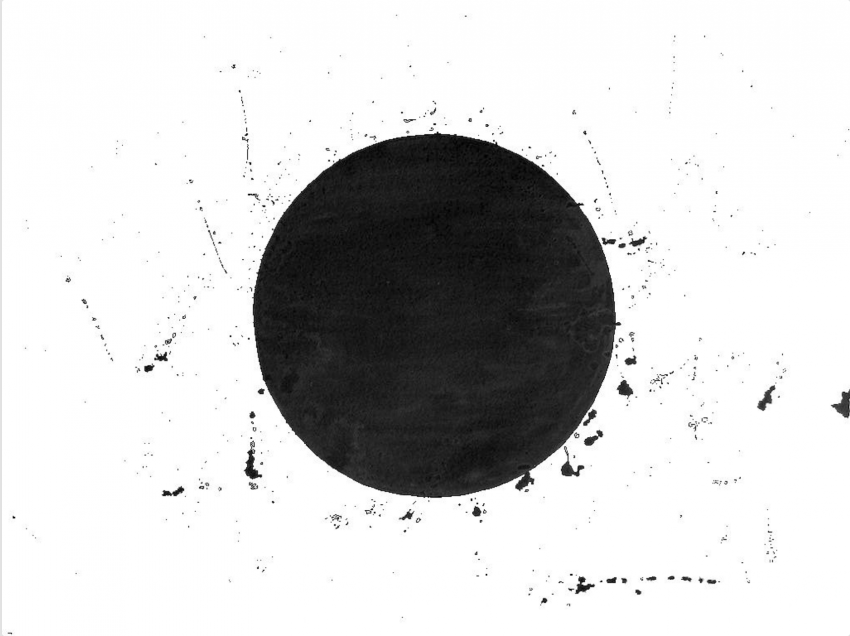 An Executive Summary about the CCR

The Centre for Contemplative Research (CCR), currently under development near the town of Castellina Marittima in Tuscany, is dedicated to contemplative and scientific research that addresses two closely-related questions pertaining to human existence: (1) what is the nature of genuine well-being and (2) what is the nature of human consciousness? The specific meditative discipline that will be the primary, initial focus of such research is known as shamatha, literally meaning “quiescence.” This includes a range of methods for cultivating exceptionally refined states of attention, concentration, mindfulness, and introspection, which can then be used for exploring the inner space of human consciousness, much as a telescope is used for exploring outer space. In this endeavor, we are exploring consciousness as a natural phenomenon, observing it directly with the greatest possible rigor and sophistication in accordance with the principle of radical empiricism that characterises scientific and contemplative inquiry at their best. This research is an extension of the scientific study known as the Shamatha Project conducted in 2007 by a team of cognitive scientists led by Dr. Clifford Saron, with sixty participants meditating full-time for three months under the guidance of Dr. B. Alan Wallace. This study proved to be a resounding success, resulting in the publication of numerous research papers published in peer-reviewed scientific journals.

The Centre for Contemplative Research (CCR) will provide a unique facility, including 21 self-contained meditation cabins, that will provide an optimal setting for highly qualified individuals to devote themselves full-time for months or years on end to such meditative practice under the direction of Dr. Wallace and other qualified instructors. Such sustained, professional practice culminates in the full achievement of shamatha, in which the mind becomes single-pointedly focused inwards, withdrawn from the physical senses, and becomes immersed in a state of bliss, luminosity, and inner stillness, which can be sustained for hours on end. By accessing this subtle dimension of consciousness, one taps into an inner source of genuine well-being and discovers the essential nature of consciousness, characterised by luminosity and cognisance.

While the achievement of shamatha is not unique to the Buddhist tradition and does not require acceptance of any religious belief system, Buddhism does provide an exceptionally clear presentation of the stages of attentional and emotional development that lead to this state. The CCR is committed to training individuals in the practices of shamatha in collaboration with cognitive scientists who will map these stages using the objective measures of modern sciences, while the contemplatives themselves will map them in terms of their own first-person experience. The impact of such unprecedented contemplative and scientific collaboration could trigger a paradigm-shift in humanity’s understanding of the nature of genuine well-being and consciousness itself. The Santa Barbara Institute (SBI) for Consciousness Studies, founded in 2003 by Dr. Wallace, is a nonprofit organization dedicated to research and education in the field of cross-cultural and interdisciplinary studies on the nature and potential of the mind. SBI will raise the funds for building and operating the CCR and will retain ownership of the Center, which will be managed by an Italian-based non-profit foundation. The CCR is intended to provide professional education in contemplative inquiry, requiring years of full-time training in conjunction with scientists and philosophers, so that when contemplatives have completed their training, they can share the benefits of their experience in the fields of mental health, education, business, athletics and other fields. Thus, rather than focusing on research in which scientists investigate the effects of meditation on the brains and behaviour of meditators, the CCR will provide a unique and unprecedented forum for truly collaborative, cross-cultural, interdisciplinary research by contemplatives and scientists to gain insights that will be of benefit to society as a whole. In this way, the CCR aspires to catalyse the first, true revolution in the mind sciences and a renaissance in contemplative inquiry. Castellina Marittima is located in the heart of Tuscany, the birthplace of Leonardo da Vinci, who epitomised the Renaissance ideal, and of Galileo Galilei, the founder of the Scientific Revolution. This is the optimal region in which to catalyse a renaissance in contemplative inquiry and a scientific revolution in the study of the mind, uniting in unprecedented ways the strengths of the humanities and the natural sciences. The territory of Castellina Marittima is ideal for this purpose as it is characterised by:

1. The natural beauty and rich culture of Tuscany, known throughout the world. 2. Proximity to Lama Tsong Khapa Institute, a premier centre of Buddhist studies in Italy, in association with which we anticipate being able to acquire long-term, renewable visas for meditators from around the world to train at our center for years on end. 3. Proximity to the two airports of Pisa and Florence. 4. Proximity to the Universities of Pisa and Florence, and of the Istituto Superiore S. Anna. 5. A history of contemplative cultures and religions in the region of Tuscany. 6. A combination of quiet isolation and proximity to connecting roads to urban centres.

The idea of creating such a research facility in this region has already aroused a high level of international enthusiasm, in part due to the fact that it has been inspired and endorsed by His Holiness the Dalai Lama.

The CCR will be guided by a stellar Scientific Advisory Board that includes the Nobel Prize-winning biologist Elizabeth Blackburn (Director, Salk Institute), neuroscientist and clinical psychologist David Presti (UC Berkeley), theoretical physicist Marcelo Gleiser (Director of the Institute for Cross-Disciplinary Engagement at Dartmouth College), and philosopher Michel Bitbol (Director of Research at the Centre National de la Recherche Scientifique).  Cognitive scientists at the University of Pisa, the University of Trento, and the Scuola Superiore Sant’Anna in Pisa are committed to conducting research in collaboration with the CCR.

For more information about the project, please visit: hear

If you by a raffle ticket and want to make an additional donation, please visit: here

The raffle will be drawn at approximately 8.30 pm.

The above photograph featured on this webpage is taken from the land upon which the CCR is to be built.

Alma Ayon is a Contemplative Artist and Certified Meditation and Emotional Balance Teacher, she has a Masters in Psychology with a focus on Educational Psychology. She received training in India, Nepal, Thailand, the United States and Mexico, under the guidance of several contemplative teachers including Dr.Alan Wallace. Her artwork is influenced by Eastern contemplative traditions where art was closely linked to the spiritual quest for understanding consciousness and “developing a deeper wisdom” as embodied through forms such as Zen and Sumi-e, which emphasized painting with mindfulness, concentration and presence.

You can view a selection of Alma’s work on her website: www.alma-ayon.com